A workshop dedicated to the Arabic-Islamic calligraphy

For the occasion, the Cini Foundation purchased a Quran from the Nigerian calligrapher Ka'ana Umar.

This book enriched the library of the for Comparative Studies of Civilisations and Spiritualities and at the same time preserves an endangered artistic and artisanal form of art. In fact, the Nigerian calligraphy as form of art has been targeted by the jihadist movement “Boko Haram”, which focused its violence not only against non-Muslim believers, but also against the so called traditional Islam, its religious authorises and Sufi orders.

Ka'ana Umar fled his city to save his own life, and keeps working as a refugee calligrapher. 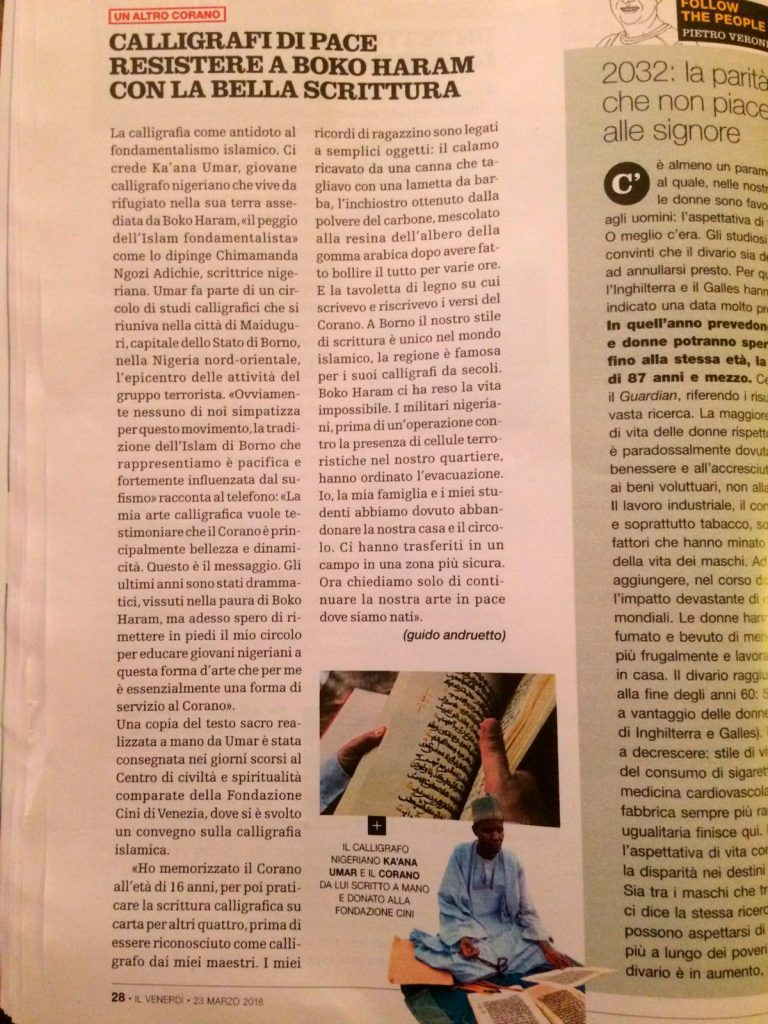 back to CINI section