Copyright ©2018 Francesco Piraino - Privacy Policy | Cookie Policy
This site does not represent a newspaper as it is updated without any periodicity. It can not therefore be considered an editorial product under the law n° 62 of 7.03.2001. n° 62 del 7.03.2001.

Sufism and Politics in Contemporary Societies: Ethics and Democracy 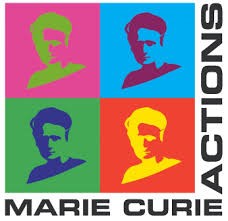 The Sufi renewal of the 21st century, in particular in Europe and the Maghreb, is characterised by charismatic Sufi Masters, considered as “living saints”, such as Shaykh Nazim (Naqshbandiyya), Shaykh Hamza (Būdshīshiyya), Muzafer Ozak (Jerrahiyya-Khalwatiyya) and Shaykh Bentounes (ʿAlāwiyya). These Sufi Masters were capable of attracting new disciples from different cultures, ethnicities, social classes, and backgrounds, and gathered thousands of disciples. Finally, this renewed Sufism has started to play an important role in the public sphere.

A specific theology does not match a single political vision, and Sufism is no different. In the history of Sufism, we can read all the possible positions towards society: from the sectarian and militant activism to the ascetic disinterest. In contemporary Sufism, we can find the same plurality of politics.

Having said that, among Sufi orders, a new political and theological tendency has been developed in the last decades. This is what Mark Sedgwick, while describing the Būdshīshiyya in Morocco, called “Sufi counter reformism”, which is an alternative politics in opposition to Islamic reformism, that is the array of political and theological positions and organizations, developed between the 18th and the 20th century, such as the Muslim Brotherhood, Salafists, and Wahhabis.

On the other hand, some Sufi orders are not only in opposition to Islamism, but they are pro-active in the public debate. Many Sufi disciples are engaged in the democratic societies (cf. Khaled Bentounes, Éric Geoffroy, Bariza Khiari, Abd Al Malik, and Faouzi Skalli) arguing that not only Islam is compatible with democracy, but that Islam can be of help to our democracies.

Following this perspective, Sufi politics cannot be reduced to exogenous causes, such as the capitulation to “European” values, or the result of a process of secularisation. On the contrary, the driving force behind this commitment is a particular interpretation of Islam and Sufism.

Finally, many Sufi disciples and Masters propose an inclusive universal Islam, in which there is place for religious, ethnic, and gender diversity. The political approach is non-confrontational. These Sufi orders organise interfaith and intercultural meetings, they write books, music and poetries. They are engaged in cultural politics rather than parties.

I hope to answer to these questions in the next months and years.

This project has received funding from the European Union’s Horizon 2020 research and innovation programme under grant agreement “Sufism, Ethics and Democracy”, Project ID 751729.

Copyright ©2018 Francesco Piraino - Privacy Policy | Cookie Policy
This site does not represent a newspaper as it is updated without any periodicity. It can not therefore be considered an editorial product under the law n° 62 of 7.03.2001.